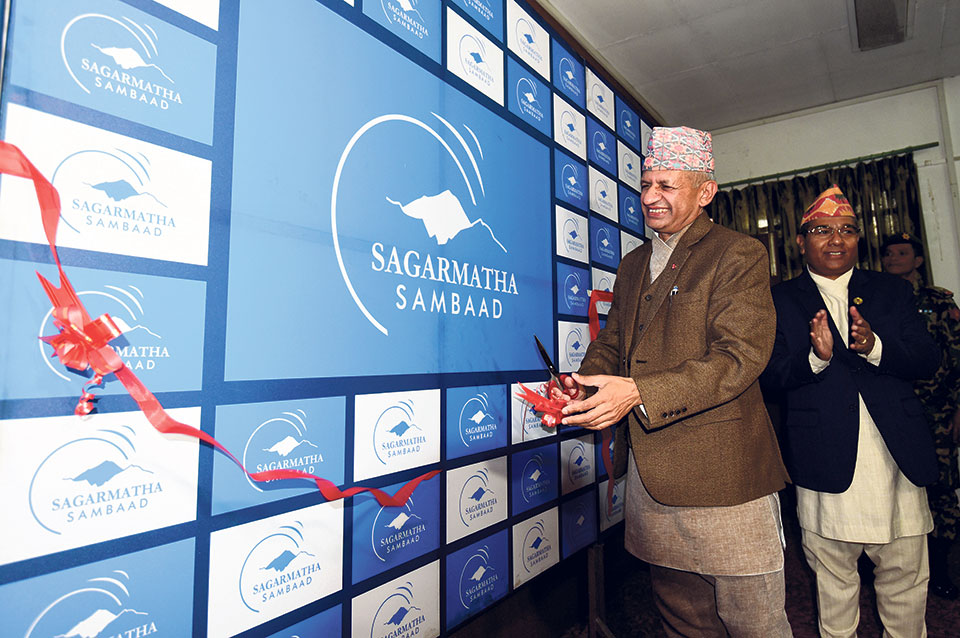 KATHMANDU, Nov 22: As many as 200 distinguished delegates including 20 heads of state or government are expected to participate in the first edition of Sagarmatha Sambaad being hosted by Nepal in Kathmandu in the first week of April next year to hold a multi-stakeholder dialogue on climate change issues.

Inaugurating the Secretariat of Sagarmatha Sambaad amidst a special function held at Narayanhiti Palace on Thursday, Foreign Minister Pradeep Gyawali said they have invited 20 heads of state or government, UN Secretary-General António Guterres, representatives of development partners, civil society and business leaders, and members from the academia, think-tank organizations and media, among others, from over 40 countries to participate in the event. “Many of them have already confirmed their participation. We expect to have the participation of as many as 200 distinguished delegates including heads of state or government,” said Minister Gyawali.

Sagarmatha Sambaad, which is widely seen as the Nepali version of similar forums such as Raisina Dialogue and Shangri La Dialogue, is a platform created by the government this year to hold discussions on various concurrent issues facing the region and the world. The theme of the first edition of Sagarmatha Sambaad being held from April 2 to 4 next year has been set as ‘Climate Change, Mountains and the Future of Humanity’, focusing mainly on the impacts of climate change that Nepal and a number other countries around the world are facing.

Foreign Minister Gyawali said the main objectives of the first edition of Sagarmatha Sambad are to forge a common consensus among countries on the impending climate crisis and encourage political leaders to mobilize their political willpower to tackle its menace and create awareness among participants and the entire world about the direct relation that exists between the climate change and mountain ecology.

Besides showing how climate change and human activities are interrelated, the three-day event also aims to share good practices and identify innovative and sustainable mitigation and adaptation measures to tackle the adverse effects of climate change.

Foreign Minister Gyawali said they plan to hold ‘citizens’ dialogues’ in Pokhara and Janakpur in order to ensure a wider participation to develop Nepal’s position paper on climate change. Similarly, a national dialogue will be held toward January end to incorporate the views of people from various walks of life in the position paper. 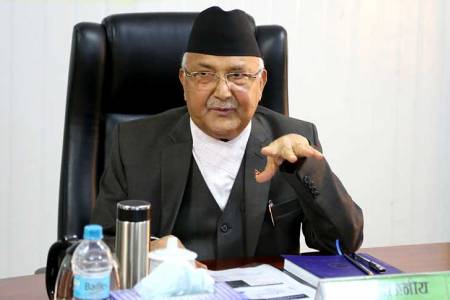 KATHMANDU, June 14: Prime Minister KP Sharma Oli who is currently on an official visit to Europe has addressed a recepti.. 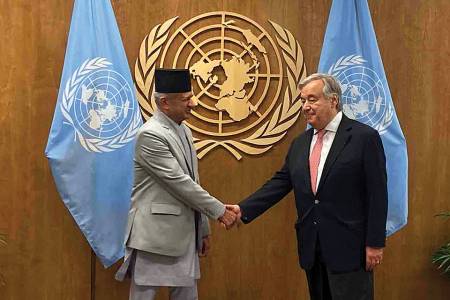 NEW YORK, Oct 2: Nepal has invited the Secretary-General of the United Nations, Antonio Guterres, to participate in the .. 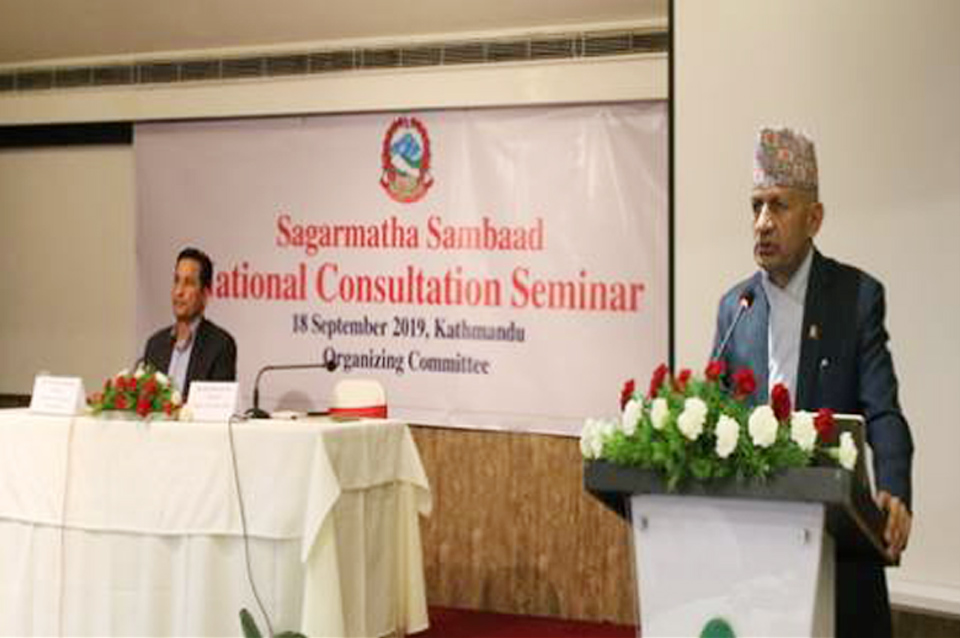 KATHMANDU – The Sagarmatha Sambaad on ‘Climate Change, Mountains and Future of the Humanity’ is to be held in Kath..